Nowadays, wine has became a cultural symbol of good life but from its original role, as an important source of of nutrition, 10 millennia has passed.

The wine has evolved simultaneously with different civilizations, changed and improved. Each generation tried to correct the taste, extend the duration and find more purpose to it.

Four generations in the family Panajotović, for over 90 years, have been trying to provide their wine with enough love and expertise so it could become as good as it gets.

The story dates back to 1927. when great-grandfather Toma founded a family wine cellar in the area near Kruševac. The architect from France  designed a wine cellar and a family house, and Toma bought  latest technology machines at the time. Until the beginning of the World War II, he had reached the leading position in the quality and quantity of wine he produced on an annual basis. After the war, grandpa Toma's vineyards and complete production were nationalized, and the family tradition was endangered. The family continued to produce small quantities of wine (up to 5000 liters) by the early 1990's, when Dr. Viktor Panajotović decided to continue the family tradition. At the end of 1980's the property was returned, but the vineyards had been abandoned since the early 1980's, and the house was neglected and unusable. The family did not hesitate and were resolved to continue to strengthen their heritage.

The main goal was to produce quality wines from the best grapes of the richest vineyards in Serbia. We use the best international varieties for our wine-Traminac, Sauvignon Blanc, Rhine Riesling, Merlot and Cabernet Sauvignon. Depending on the year, Cellar Panajotović leaves a certain amount of wine out of the sale, so we can keep the archival in the cellar for fifteen years, or more.

Today, the production is managed by the youngest family member, Vladimir, an oenologist who has applied the traditional wine recipe of his ancestors and improved it with modern  technologies. 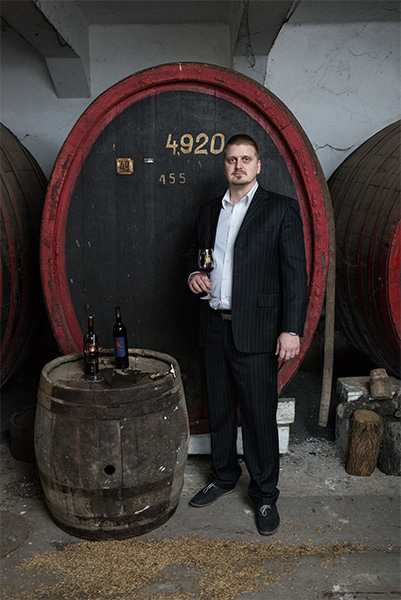